This was a fairly simple rock modeling/texturing art test.  I was given a couple of photos of rocks with lots of small holes in them caused by water erosion.  The goal was to make the rock dry with water in the holes and four foot by two foot dimensions.  I used Zbrush to sculpt the high rez and create a low rez version.  For texturing I used Photoshop, xNormal, and Crazybump.  The tri limit was 1500 and I completed it in 11 hours including presentation time.  In the end the company changed the job opening from an environment artist position to a senior level one. 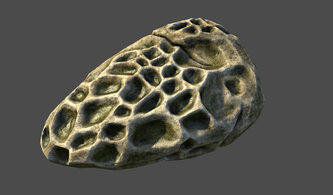 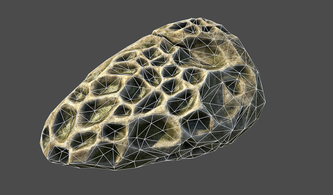 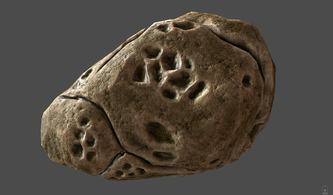 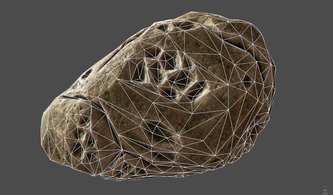 “Free Tony Smith” was a game I worked on at Global Game Jam 2012. Along with one other 3D artist, one 2D artist, and four programmers forming a team known as “Shaun's Game Company of Ultimate Destruction” we worked on a auto-running comedy game over 26 hours. The game is based around a popular co-worker from Netherrealm, Tony Smith.

Tony wakes up and realizes his snake is so hungry that he is literally eating his own tail. Therefore he must race home from the pet store with a bag of mice and get home before the snake eats itself entirely. Once he gets home the snake who has been starving lashes out at Tony and bites him. This forces Tony to take a trip to the hospital before Tony loses too much blood. Once he gets there he falls into a coma only to find that his snake has again started eating itself out of hunger.  Thus the cycle repeats. All the while Tony must jump to avoid snakes and debris from a airplane that crashed along the street which had been carrying lots of snakes.

I had the role of environment lead on the team and problem solved several 3D related bugs.  There was one other 3D artist and together we created assets for the background of the level.  I created all the assets save the hospital, airplane, and wooden fence in roughly 20 hours.  The buildings were made modularly using three textures total: base textures (brick, wood, etc.), doors and windows, and base metals.  Using modular pieces made it easy to quickly add variation to the buildings of the background.  I collected all the 3D assets in Maya and laid them out to be exported to the Engine. 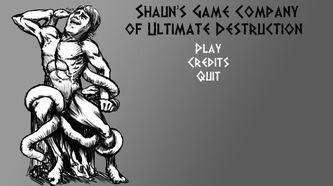 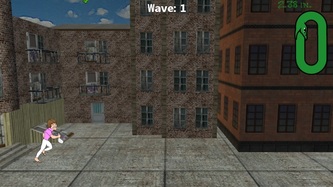 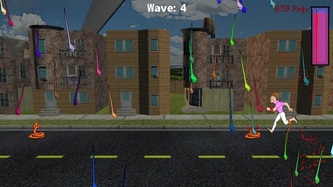 The vast majority of the work spent on the PS Vita port of Mortal Kombat was down rezing meshes and textures to fit the tight budget of Vita.  I did the primary down rezing of both Shang Tsung's Gardens, the Graveyard, Goro's Lair, the Living Forest, the Desert, and the Training Dojo.  I did work in all other levels but those where my main focus.  Later in the project I was in charge of retexturing the animated background characters.  This involved baking their scene lighting, painting in lighting as needed, and then color matching to the original PS3 game.  I also modeled and textured custom meshes for the Vita exclusive augmented reality level.  For Mortal Kombat Komplete Edition I helped with integrating the new DLC characters into the fleshed out version of the game as though they had always been there. 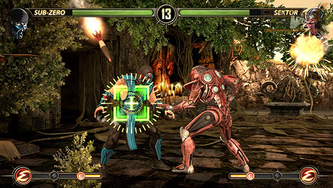 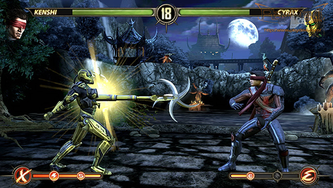 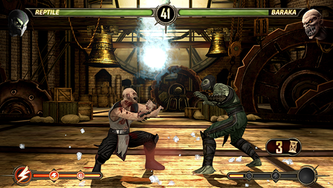 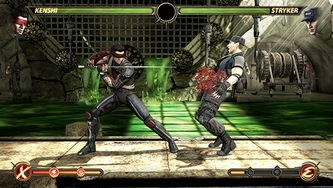 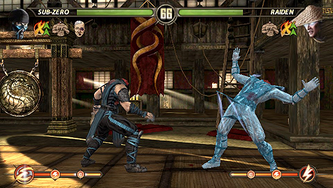 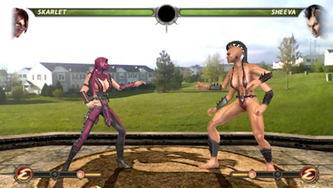 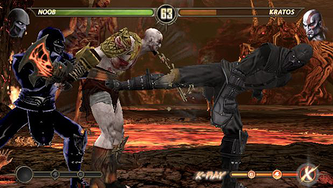 These are textures I hand painted in Photoshop for an art test I took a while back.  They wanted a cloth, stone, wood, and metal texture.  Reference was provided but the particular look of each was up to me.  The second image is for another art test I took.  I had reference images for what the asset previously looked like and they wanted it given a next gen feel look.  It required a Zbrushed normal map, hand painted textures (1024/1024), and less than 3k tris. 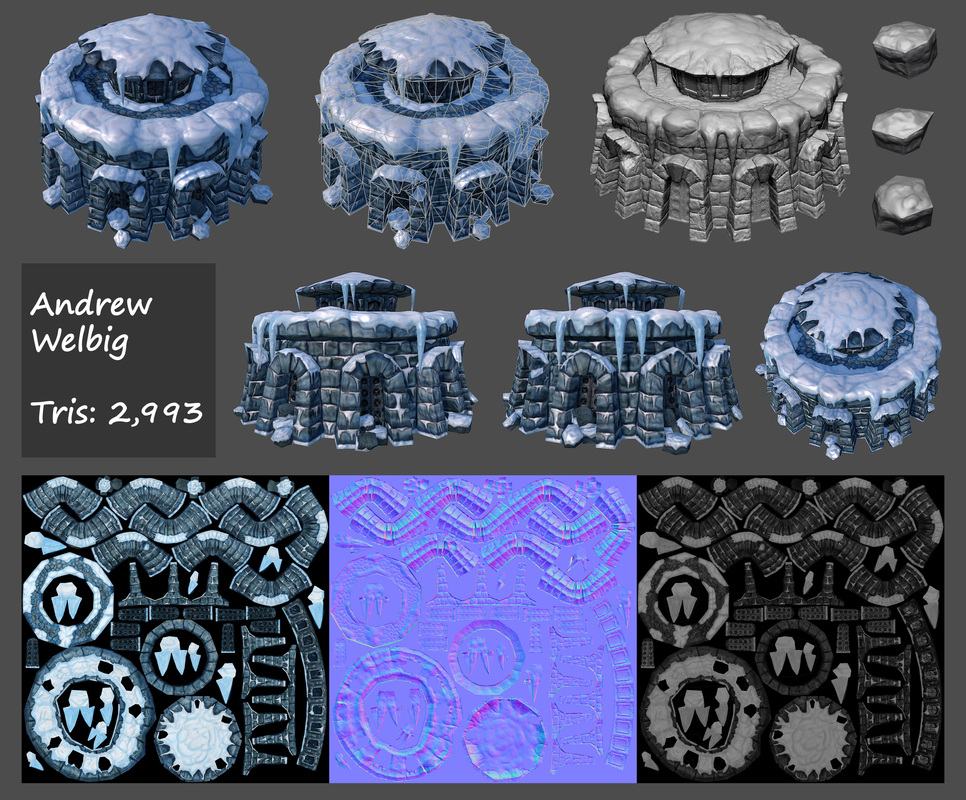